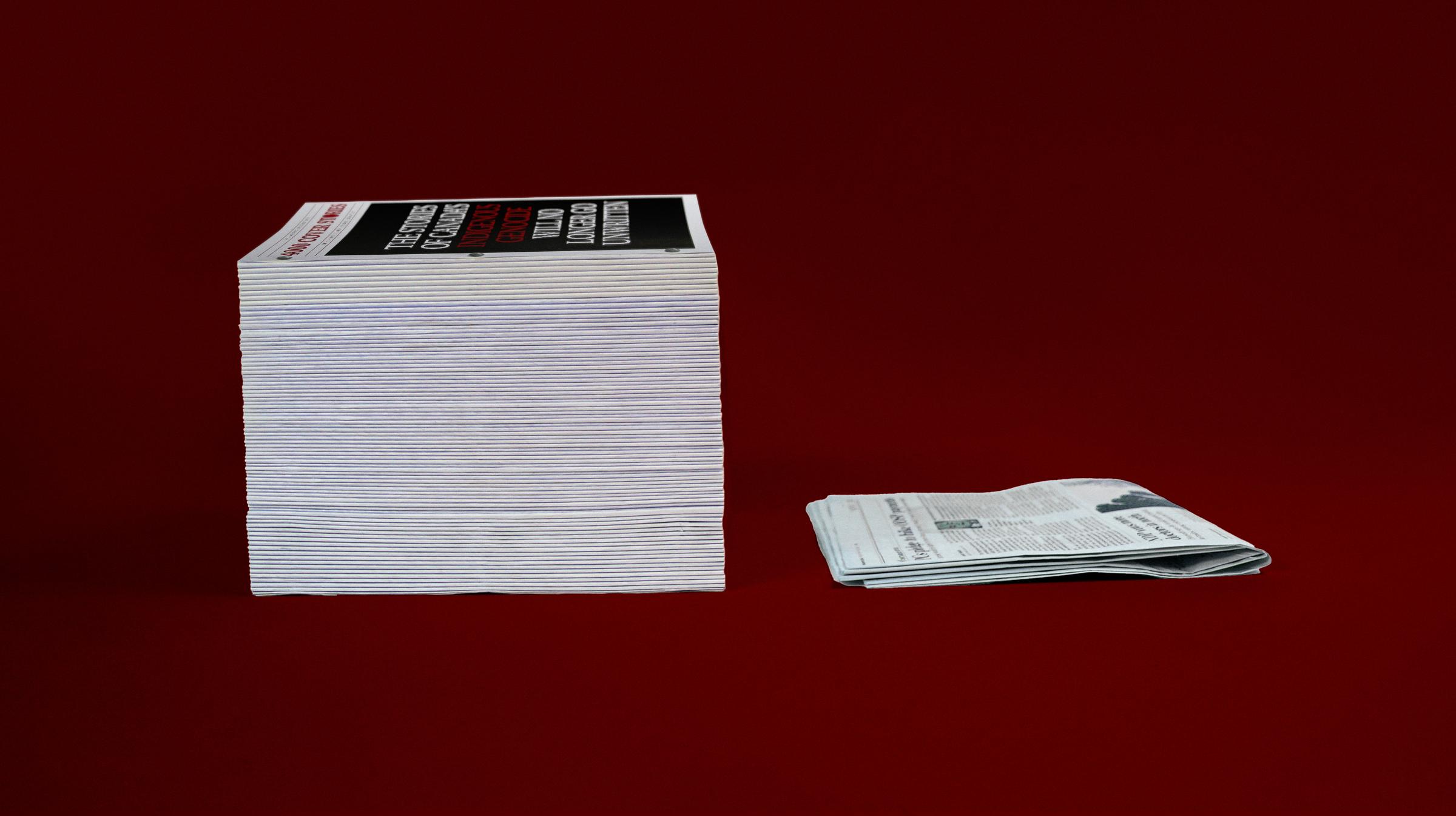 This campaign went live in connection to the National Day of Action for Missing and Murdered Indigenous Women and Girls on October 4. F&B Canada unveiled a massive newspaper with 4000 cover stories that share the stories of Indigenous women and girls who were taken too soon. Each page tells a missing or murdered woman’s story – and honors her memory. These stories are often excluded or misrepresented in news and media, but they will no longer go unwritten.

“The genocide of Indigenous women is a centuries-old attempt to eliminate Indigenous people and culture,” says NWRCT Executive Director Pamela Hart. “The National Inquiry into Missing and Murdered Indigenous Women and Girls estimate that we’ve lost 4,000 Indigenous women due to violence, but we know that number underestimates our loss by a magnitude. Every one of those women deserves a front-page story.”

The physical newspaper is a statement in itself – it is over eight inches thick and weighs more than 25 pounds. Every page displays a QR code that pre-populates an email to Prime Minister Justin Trudeau that demands action. The newspaper was first taken to Toronto’s Queens Park, the Ontario government seat, where it was displayed for a day. Also exhibited at Queen’s Park were 300 large-scale “Missing” posters. The newspaper was then delivered to Ottawa and dropped off on the doorstep of Prime Minister Justin Trudeau’s office.

“4000 Cover Stories is the culmination of over a year of learning, research, and collaboration. There are far too many stories in this newspaper, but they will no longer go unwritten.” Alexandra McGuirk-Penedo & Darby Clarke Senior creatives, Forsman & Bodenfors Canada