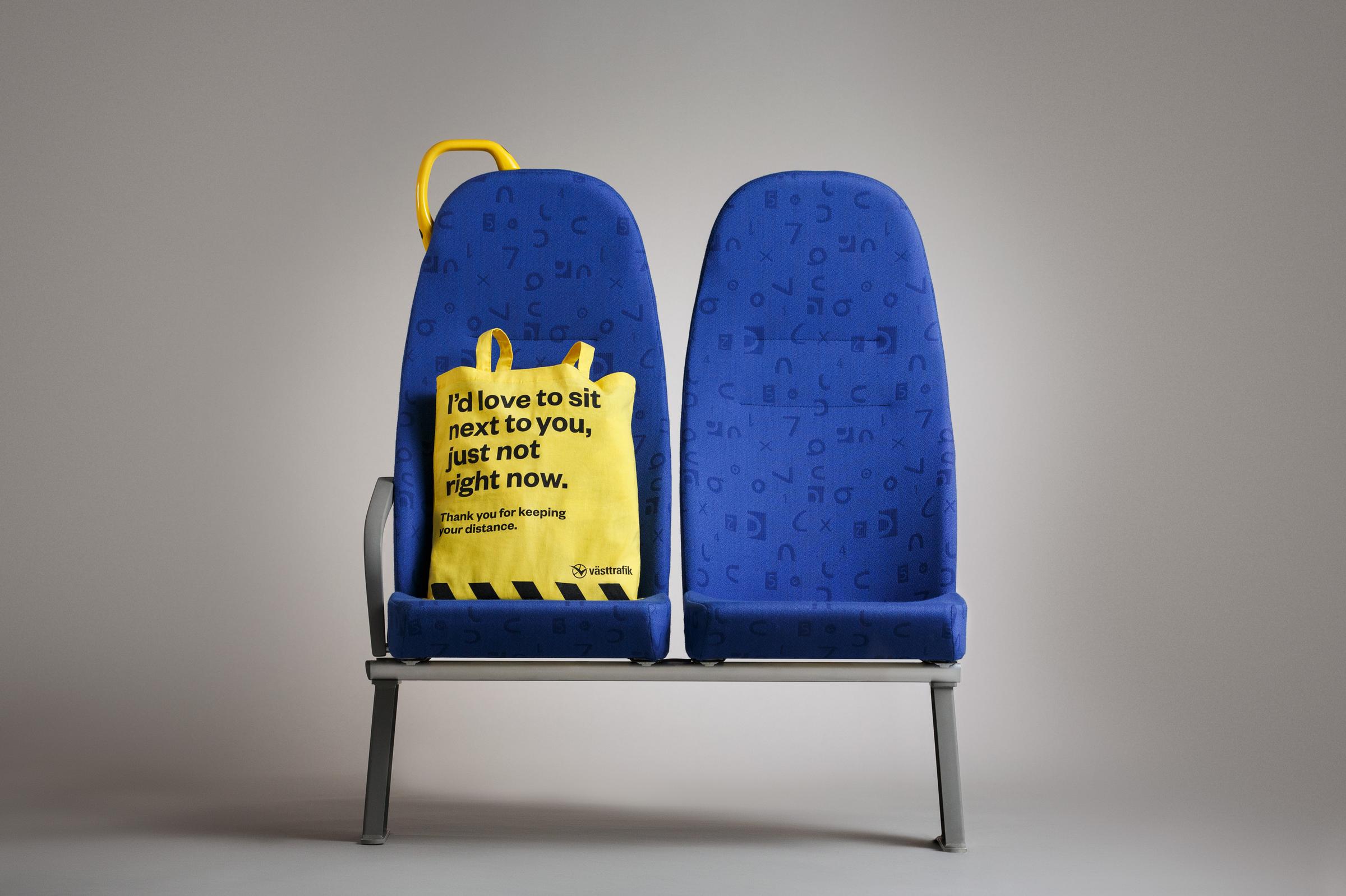 A simple tote bag for safer travel during the pandemic

The No Douche Bag is a concrete tool to help travelers keep their distance, and a conversation starter that spreads the important message across the region. A personal barrier that also served as thousands of mobile communication assets inside vehicles. A new product, a new media channel and a new way of dealing with Västtrafik's biggest challenge ever.

Västtrafik wanted to remind their passengers to keep their distance.

Västtrafik is responsible for mass transit in western Sweden. Being a public transport provider during a pandemic is challenging, to say the least. Authorities recommend not traveling at all, yet essential workers still need to use the service.

Passengers were already reminded via signs, floor decals and other communication efforts. But it was clear that too many forgot the recommendations, as crowding was an increasing problem on trams and buses. Västtrafik wanted to remind their passengers to keep their distance.

We were asked to show that Västtrafik does everything they can to make traveling safe, with a tonality that was responsible, accessible and non-accusatory. At the same time, Västtrafik needed an idea that was unexpected enough to create broad impact, with a minimal budget of €5,000.

The No Douche Bag is a tool to help travelers avoid crowding in a novel way. We gave Västtrafik’s passengers a clear way to tell fellow commuters to keep their distance – without confrontation. And created a conversation starter that spread the important message across the region, through social and traditional media. By reinventing the common tote bag, we changed the public opinion about an infamous behavior.

The first edition of 1,000 bags ran out in one hour, which resulted in a second edition being made available across the region. Almost all major local and national media covered the initiative, including Sweden’s largest online newspaper, morning paper and radio channel.

The initiative was featured internationally, with a total reach of over 41 million. The social posts with the tote bag set new records and the number of mentions for Västtrafik increased by 1011 percent.

The No Douche Bag was turned into memes, and counterfeit copies were produced and sold in a number of online shops. Also, several public transport operators – both national and foreign – reached out to Västtrafik wanting to do their own version of the bag. A local initiative, with global impact.

We gave Västtrafik’s passengers a clear way to tell fellow commuters to keep their distance – without confrontation. And created a conversation starter that spread the important message across the region, through social and traditional media.