That time we used a toilet brush to promote Sweden

Just outside a small village in the middle of Sweden, there’s a lake. A beautiful lake with clear water, plenty of fish and nice surroundings. It’s a lovely lake, but to be honest, it’s not spectacular in any way. There are other lakes in other countries that are far more breathtaking.

Still, in the fall of 2021, this Swedish lake became the talk of the town – in towns all over the world. And it was all thanks to an IKEA toilet brush.

This might sound like the beginning of a weird story, but bear with us – it actually makes perfect sense. You see, the Swedish furniture giant IKEA has named hundreds of products after places in Sweden. The best-selling sofa Ektorp is named after a green suburb of Stockholm. The flexible shelf system Kallax is named after a coastal village up north. And the wonderful Lake Bolmen has the privilege to give its name to an affordable plastic toilet brush.

What we realized was that non-Swedes only connected the names to IKEA products. No one knew what these weird-looking, hard-to-pronounce names actually meant. But people sure did speculate. YouTubers joked about the names, late night TV hosts did comedic segments about them, and memes were created and shared. But where the world saw humor, we saw opportunity. 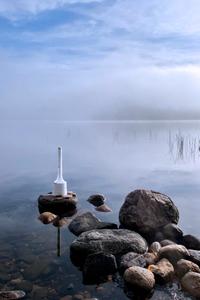 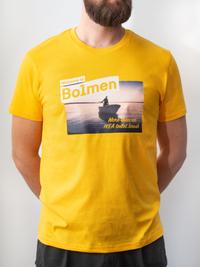 We decided to set the record straight and let everyone know where these “funny words” actually came from. It was time for Sweden to reclaim the names.

With a mix of bitterness and humor, we told the world to forget about IKEA – and discover the originals

The story was told through a film, where we explained the “problematic” situation while displaying some of the places behind the names. But this campaign was not just about telling a story – it was about making real change. So, in a public event on the shore of Lake Bolmen, we unveiled the lake’s new official tagline: Bolmen – more than an IKEA toilet brush. The event was hosted by local politicians and drew both media and locals. There were speeches, Swedish fika, balloons and campaign merch – the full package. (The large sign is of course still there, welcoming swimmers, fishing enthusiasts and nature lovers to the lake.)

A detailed PR plan helped us distribute the story to travel, design, pop culture outlets and other news media all over the world.

More than 1,400 mentions in 49 countries, with a potential reach of more than 2.1 billion. And it all started with a toilet brush.

By taking advantage of the fact that everyone in the world knows IKEA, and by that already had a connection the hard-to-pronounce names of the places we wanted to promote, we created a campaign that was just as unexpected as it was logical.